LIFE ALONG THE RAPPAHANNOCK

Friends of the Rappahannock collects and preserves significant and endangered oral histories of people living along the Rappahannock River, from the Blue Ridge Mountains to the Chesapeake Bay. These audio-visual documentaries will be available for generations to come.

This project is a collaborative effort with the University of Mary Washington Department of History and American Studies. 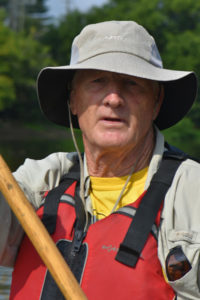 Bill Micks has promoted river safety and conservation along the Rappahannock River for more than five decades. Inspired by his Boy Scout experiences, in the early 1970s Bill began teaching canoeing classes in the Fredericksburg area through the American Red Cross. His outfitting businesses helped establish the recreational paddling scene on the Rappahannock, and today Bill is co-owner of the Virginia Outdoor Center. On the conservation front, Bill and his wife, Denise, helped found Friends of the Rappahannock in 1985. Bill was an important voice in the effort that led to the removal of the Embrey Dam in 2004, and assisted with the establishment of the City of Fredericksburg Watershed Management Property in 2006. He continues to be a conservation leader throughout the Rappahannock watershed. 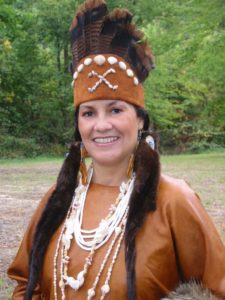 Chief Anne Richardson is the fourth consecutive generation of her family to lead the Rappahannock Tribe, the “people who live where the water rises and falls,” and one of 11 such entities to be officially recognized by the Commonwealth of Virginia. During the pre-contact and early-colonial eras, the Rappahannock Tribe was among those affiliated with the Powhatan Confederacy. For more than three centuries, the Rappahannock people have been centered geographically in the Indian Neck area of King and Queen County, about three miles from the Rappahannock River as the crow flies. During her interview, Chief Anne discussed her people’s spiritual relationship with the river, their physical connection to places like Fones Cliffs, and their feelings concerning recent conservation efforts such as the removal of the Embrey Dam near Fredericksburg. 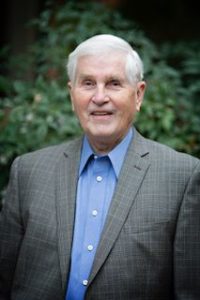 Joe Rowe has occupied positions of leadership in the Fredericksburg community for more than 70 years. He was publisher of the Free Lance-Star from 1949 until 2010 and served the city as mayor from 1964 until 1972. Today, Mr. Rowe continues to share his extensive experience with civic organizations and the Fredericksburg Area Museum. Mr. Rowe was very involved in discussions regarding the Salem Church Dam proposal, the Embrey Dam removal effort, and the adoption of the city’s conservation easement. 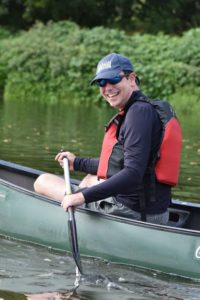 John Tippett served as Executive Director of Friends of the Rappahannock from 1999 until 2014, overseeing the group’s role in several landmark accomplishments, including the adoption of Low Impact Development (LID) ordinances by area localities, the removal of the Embrey Dam, and the placement of 4,232 acres of riverfront property into perpetual conservation easement. Mr. Tippett is currently an adjunct instructor for Earth and Environmental Sciences at the University of Mary Washington. 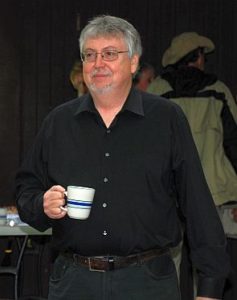 Harold “Hal” Wiggins is a nationally-known author and naturalist. Most of his professional career was spent as an environmental scientist with the U.S. Army Corps of Engineers’ Fredericksburg Field Office. Wiggins was instrumental in the Corps’ decision to remove the Embrey Dam on the Rappahannock River in 2004, thereby restoring upstream access to migratory fish, like herring, shad and striped bass. During his career, Hal put more than 10,000-acres of wetlands, streams, riparian buffers, Civil War battlefields, and archaeological sites in preservation, including Crow’s Nest Natural Area Preserve. When not exploring area rivers, Wiggins is often found these days at his River Gallery art studio in Fredericksburg. 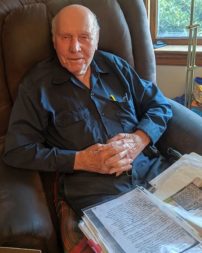 James Pitts has spent his life on or near the Rappahannock River. Born in 1921, he still lives in the Rollins Fork area of King George County, near where he grew up. One of his fondest boyhood memories is from the mid-1930s, when he caught a ride with a generous neighbor and traveled to Colonial Beach to see a steamboat arrive from Washington, D.C. In his interview, Mr. Pitts tells of growing up on a farm during the Great Depression, and commercial fishing for shad with his father. He also fished the Rappahannock River commercially as an adult, and shares his recipe for “salt fish” – herring and shad preserved in salt. His is a remarkable story, full of warmth and humor about Life Along the Rappahannock.

Additional oral histories can be found at