Excitement is building as the final touches are applied to “Rappahannock,” the much-anticipated documentary about the river, its ecology and the people who live along its history-rich shoreline. Director, producer and writer Bayley Silleck, who has roots in Stafford County and lives with his wife, Joan, in Fredericksburg, has been gathering material for the film over the past two years.

The free premiere takes place at 3 p.m. Sunday, Nov. 9, at Dodd Auditorium on the campus of the University of Mary Washington. It’s open to the public and Kathy Harrigan, executive director for Friends of the Rappahannock (FOR), is anxious to show what all the buzz is about.

“Bayley’s library of work is impressive and so the anticipation is intense,” Harrigan said. “It’s a lot like unveiling a well-known sculptor’s latest work. We just can’t wait to share what’s under the canvas.”

FOR partnered with Silleck’s production company, Blue Mountain Film Associates, to pay for the 30-40 minute film, which features aerial and underwater photography, as well as scenes from throughout the watershed. A shorter version of the film will be used by FOR during outreach and educational events.

Silleck, 74, has more than 30 films to his credit. He earned an Oscar nomination in 1996 for his giant-screen IMAX film, “Cosmic Voyage.” On “Rappahannock,” he worked closely with co-producer Ed Sandtner, his neighbor in Fredericksburg. Editor and animator for the film is Rob Cleaton, also a city resident.

“From start to finish, this film project has been a labor of love,” he said. “When I was a boy, I spent summers at my grandmother’s house on a hill in Falmouth. We would sit on the front porch and watch big thunderstorms rolling down the Rappahannock from the Piedmont. It was just magical to me and I always wanted to explore this river.

“Many years have passed, but I finally got to do that, thanks to FOR. Our cameras – not big, heavy IMAX cameras, but lightweight digital HD equipment – have been pretty much everywhere on the Rappahannock, from the Blue Ridge to the Bay. I have been privileged to see the river from so many different angles.”

Most thrilling have been the helicopter aerials, he said. “They will give audiences a dramatic new perspective on ‘our’ beautiful, but also threatened, river.”

Lately, Silleck has been doing picture research at the Steamboat Era Museum in Irvington and the Tappahannock Historical Society Museum. “Both would like to have regional premieres following ours in Fredericksburg and run the film for an extended period of time,” he said. “The Tappahannock Museum is now mounting a Rappahannock exhibition that will run for two years and the curator feels that our film would be a great addition to that project.”

From the mountains to the Bay, it seems everyone is excited about “Rappahannock.” 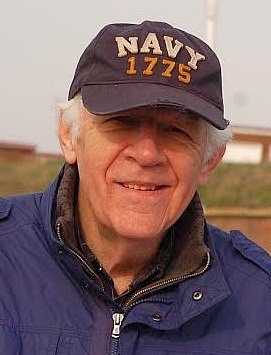