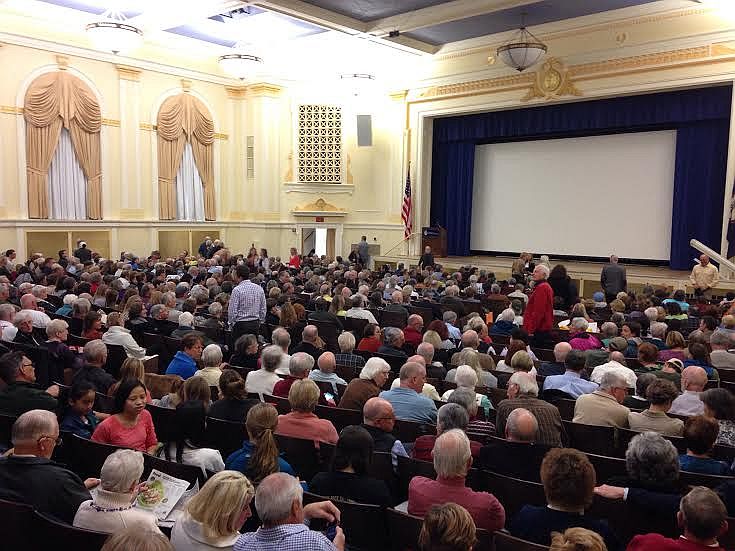 Nearly 1,300 attendees filled Dodd Auditorium on the University of Mary Washington campus Nov. 9 for the premiere of Rappahannock, the latest film from producer Bayley Silleck of Fredericksburg.

Since then, Friends of the Rappahannock (FOR) has sold more than 200 copies of the DVD and taken orders for many more, including the Blu-ray HD version. We are currently scheduling additional public showings of the film, so watch for upcoming dates. Learn about them on our website, on our Facebook page, and by following us on Twitter @river_friends.

We are so proud of the film and your response that we’ll be entering it in environmental film festivals and featuring it in our own Wild & Scenic Film Festival this spring! We have included the film in a special membership offer for the month of December.