Late in March, you may find yourself stuck in traffic on the Chatham Bridge looking out onto the river flowing over the rocks of the fall line, and you may notice an unusual number of blue herons standing in the river. Every once in a while, a beak will flash like lightning into the river and come out with a shiny fish that goes rapidly down the heron’s gullet.
The spring shad run is on!

Hickory shad and American shad are anadromous fish, meaning they live in salt water and swim upstream into fresh water to spawn. Their numbers were once so great that it was said you could walk across the rivers when they were spawning and not get your feet wet. Some special evenings during the shad run it still seems that way.

The Hickory shad, our most common shad on the Rappahannock, is a 15-inch-long, silvery fish that can swim fast: when hooked they will dart across the river, often taking to the air to try to escape the hook. This leaping ability has earned them the moniker “poor man’s tarpon.” When trying to hook one, keep in mind that their eyes don’t handle light well, and the best fishing is usually at dawn or dusk. Further, they are usually deep in the water column to protect their eyes, which means it’s necessary to get relatively deep to be really successful. As many veterans of the run will tell you, “If you’re not dragging (the bottom of the river), you’re lagging.” Because of this, shad flies or darts are usually weighted.

Shad tend to school up in pools at the head and tail end of rapids, and this is where you will find the greatest concentration of fish, birds, and fisherman. Lure selection is usually not too complicated, as standard shad darts or small spoons will take care of the job. Of course, that’s not to say shad won’t get picky, but this game is much more about finding them than it is a “match the hatch deal.” Most people prefer light tackle to enjoy the tremendous fight that these scrappy fish can put up, and fly fisherman typically use rods between 5 and 7 weight.

Whether you are fly-casting on the flats or using a spinning rod at the City Dock ( or vice versa), if it is spring and the bloom is on the dogwood tree, it is time to get to the Rappahannock and catch some SHAD! One good morning with these fish will make you really pity the people up on the bridge looking out at the herons. 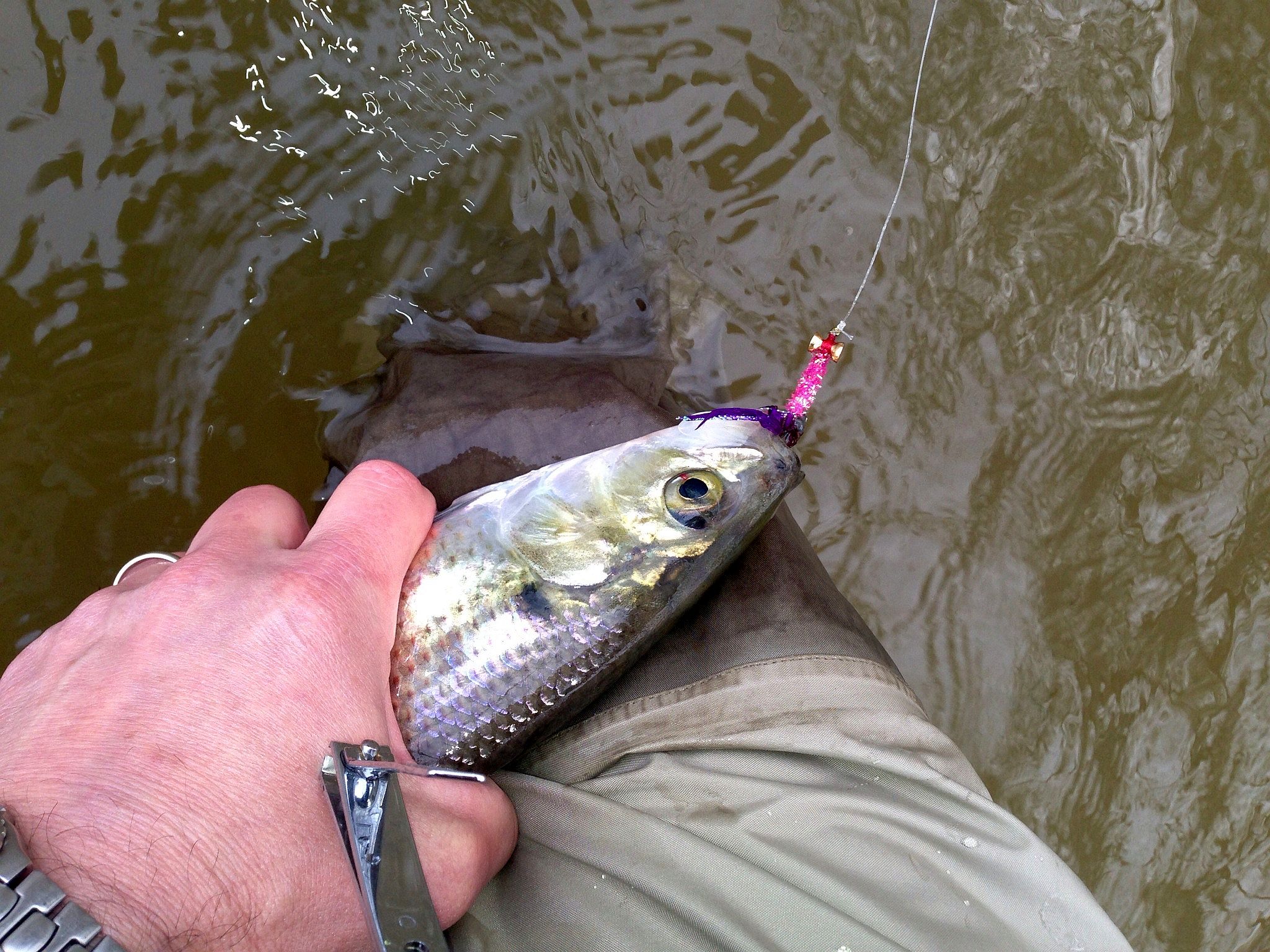 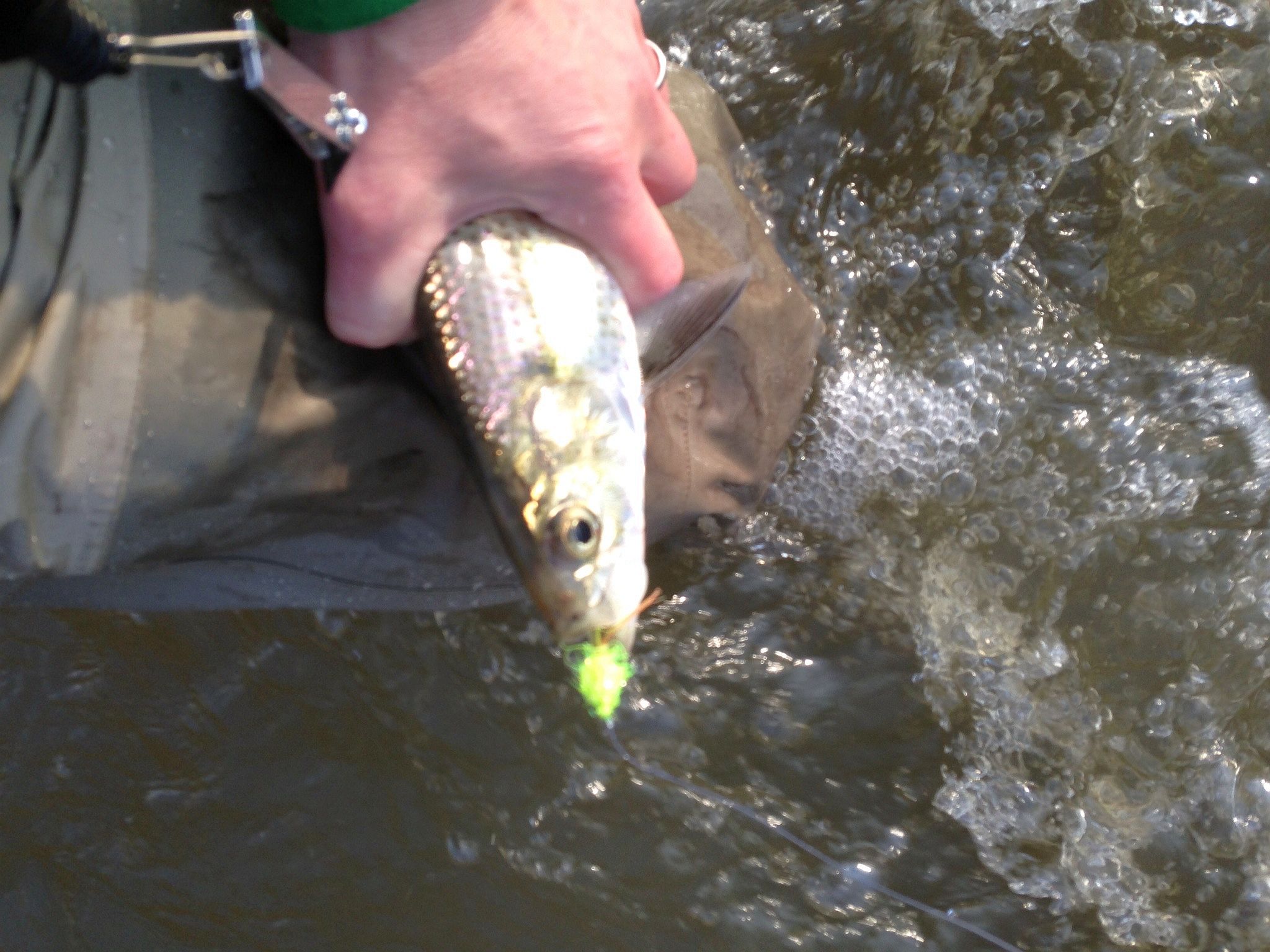 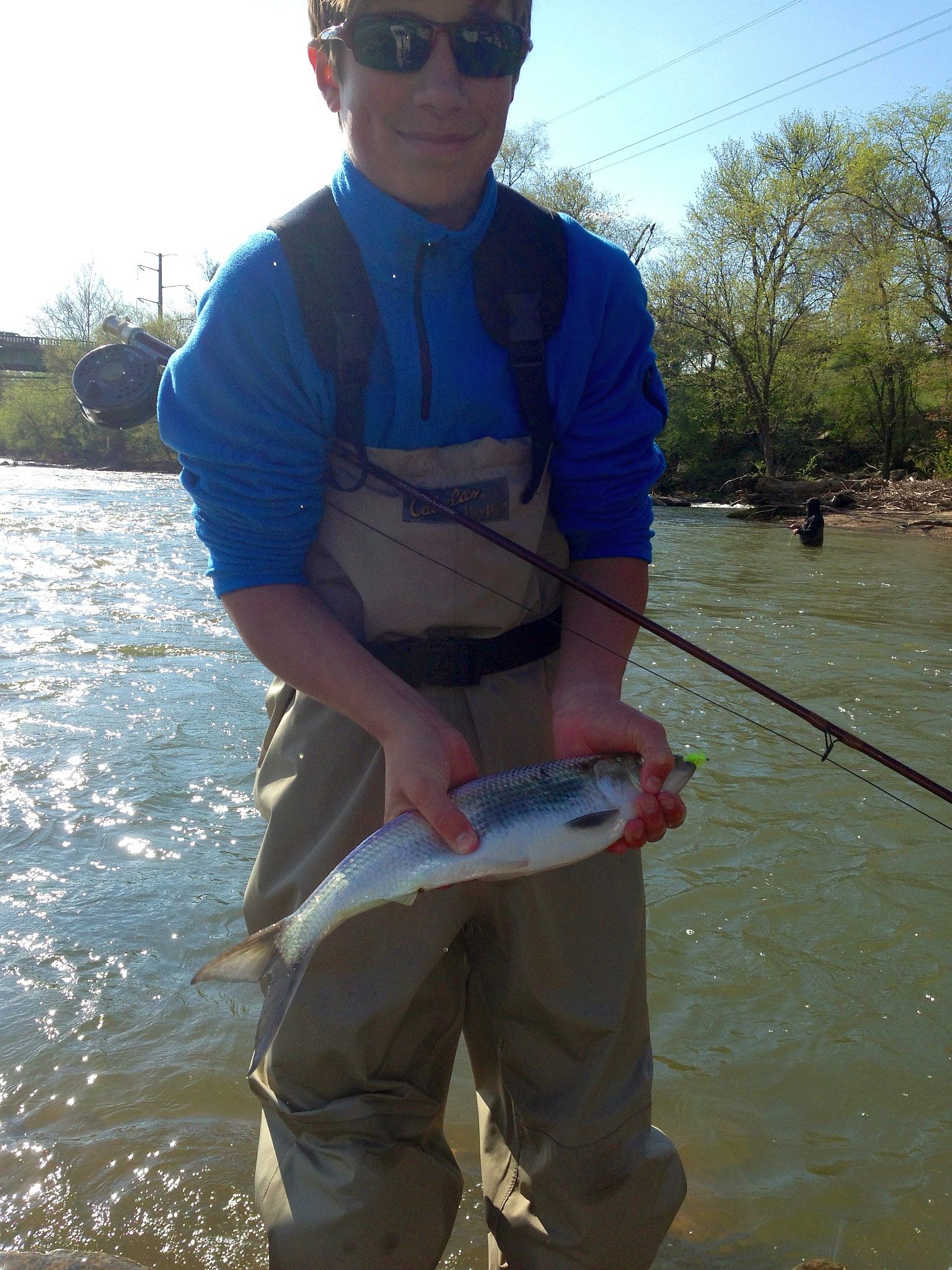