Fones Cliffs Update: FOR and members speak up

Thank you to all members who submitted comments for the DEQ consent order which ended Aug. 9 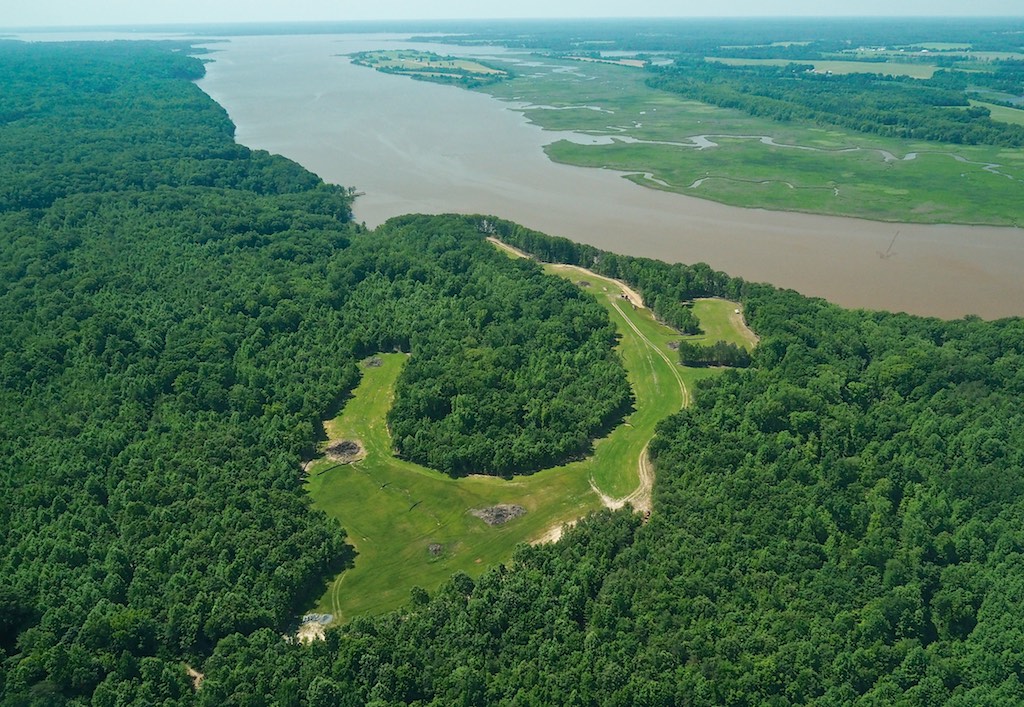 More than 13 acres was illegally cleared in October 2017 near the Rappahannock River’s edge at the the Virginia True golf and resort development in Richmond County (Newland), Virginia. The above photo was taken in May 2018. – Photo by Robert A. Martin

Friends of the Rappahannock (FOR) is pleased to share the news that the Virginia Office of the Attorney General is joining the discussion on enforcement of violations by Fones Cliffs’ developer, Virginia True Corporation.

FOR staff is standing by to assist the Attorney General’s office, as they consider the facts of the case, evaluate the implications of such gross violations of the State Water Control Law, and take further action to resolve this situation.

Earlier this month, FOR and its partners were guardedly hopeful when we learned that DEQ was not moving forward with its Consent Order but instead was evaluating its options for appropriate enforcement of the violations by Virginia True at Fones Cliffs.

Today, we commend DEQ, and the Attorney General’s office, for taking this next step in protecting the Rappahannock River from damaging sedimentation caused by erosion off the site and the cliff face.

The initial illegal cutting of the forest and removal of the root systems that filtered rainwater and held soil in place occurred over a few short weeks (October – November 2017).  However, the process to stabilize the soil and prevent erosion and sedimentation from damaging downstream waters is still ongoing 11 months later

FOR’s comments on the consent order argued that the civil charges and action items were inadequate to address the violations, and subsequently, the environmental damage. We hope the Attorney General’s office comes to a similar conclusion and seeks penalties that are in line with the violations by Virginia True and which send a clear message that such illegal activities and slow corrective responses will not be tolerated. Our water resources are too important to the well-being of our Commonwealth.

FOR extends its thanks to our membership and river community for your voices on this issue.

For more information on this developing story, please start here.

Thank you to all of our members who submitted comments to the Virginia Department of Environmental Quality (DEQ) in response to the Consent Order issued to Virginia True for violations on the development site at Fones Cliffs. FOR also submitted comments (view here) on August 9 and anticipated having an opportunity to speak on the issue before the State Water Control Board at an upcoming hearing.

Following the close of the comment period, Kristen Stadtler, Water Enforcement Manager at DEQ, commented that “DEQ is evaluating the public comments we received and our enforcement options. Because we are evaluating our options, the proposed consent order that went to public notice will not be going to the State Water Control Board in September. We will continue to provide updates as the enforcement case progresses.”

Specifically, DEQ is considering findings from compliance inspections conducted this summer. DEQ inspectors have continued to identify unprotected slopes with inadequate soil stabilization in addition to many instances of non-compliance related to self-inspections, record keeping, certifications, public access, and administrative requirements of their Virginia Stormwater Management Program (VSMP) Permit. As a result of inspections conducted on July 13 and 27, DEQ has issued second Notice of Violation (NOV) to Virginia True corporation on August 3, 2018.

FOR will keep you updated as Virginia True continues efforts stabilize the soils exposed during the clear cutting operation (fall 2017) and DEQ’s enforcement actions.

For more than 10 months, Friends of the Rappahannock (FOR) has kept eyes on the illegal land disturbance above Fones Cliffs in Richmond County. Now is the time to speak, said FOR Executive Director Kathy Harrigan.

“This was an egregious violation of basic erosion control and stormwater law,” she said. “ Now that DEQ’s consent order is available for review, I hope every FOR member will respond and let state officials, local officials, and especially the developer, know that this community cares about what happens in this watershed.”

The order includes a civil charge of $42,000 imposed upon Virginia True Corp., the New York-based owner and developer of the golf course. Sadtler said the order is based upon DEQ guidance that considers the type and severity of the violation, includes corrective action Virginia True must take, and requires weekly reporting of compliance activities to DEQ.

“DEQ will be monitoring the required compliance at the Virginia true Golf Course site closely, and any identified violations will be addresses expeditiously and met with full enforcement authority by the agency, including engagement with the Attorney General’s Office,” said DEQ Executive Director David Paylor.

FOR has been closely monitoring the situation at Fones Cliffs since October 2017, when a concerned citizen alerted FOR River Steward Richard Moncure to land-clearing activity on the historically-significant area located a few miles upstream from Tappahannock.

Moncure confirmed tree-clearing and bulldozing operations were indeed taking place, and alerted Richmond County officials to the situation. It was ultimately determined that Virginia True had cleared more than 13 acres of land just above the environmentally-sensitive cliffs, prime nesting and roosting habitat for bald eagles, and culturally significant to the Rappahannock Tribe, one of Virginia’s eight federally-recognized Native American tribes.

“We’ve been working for 10 months with the developer, Richmond County officials, our partner groups like the Chesapeake Bay Foundation, and DEQ, to address this issue,” Harrigan said. “For much of that time there was little or no activity by Virginia True to fix this problem, other than complying with the county’s stop work order. The Stop Work order (issued by Richmond County on Nov. 30, 2017) was only lifted in June 2018.

“We are very pleased DEQ is enforcing the laws of Virginia pertaining to the land-disturbing activity on this property, and the lack of erosion controls, and the lack of a stormwater pollution prevention plan,” said Harrigan.

“However, I am not convinced the $42,000 civil penalty is adequate to cover the increased costs incurred by the county, and the state, in making the developer follow the rules that other developers routinely follow. I’m also not sure this will serve as a deterrent to the developer, who has shown such a willingness to flagrantly break the law.”

Harrigan said FOR members and others should respond to DEQ’s call for public comment by Aug. 9, and let officials, and the developer, know their opinions.

“We have to keep comments relevant to items addressed by the consent order,” she said. “In particular, the violations of state regulations, the assessed penalties and the Schedule for Compliance. Comments outside the parameters of the order may not be considered relevant by DEQ.

“DEQ shares these comments with the developer and the Richmond County Board of Supervisors,” Harrigan added. “They need to know we are watching and will respond to further violations.”

Virginia True owns nearly 1,000 acres along Fones Cliffs. The property was rezoned in 2015 for residential use. The developer had proposed a mixed-use development including a resort and spa, golf course, houses, and an equestrian center.

Comments on the Proposed Special Order by Consent will be accepted until Aug. 9, 2018. They should be submitted to DEQ Water Enforcement Manager Kristin Sadtler at Kristen.Sadtler@DEQ.Virginia.gov

All comments will be considered prior to DEQ presenting a final recommended enforcement action to the State Water Control Board. The public notice and the draft order can be found at https://www.deq.virginia.gov/Programs/Enforcement/PublicNotices.aspx