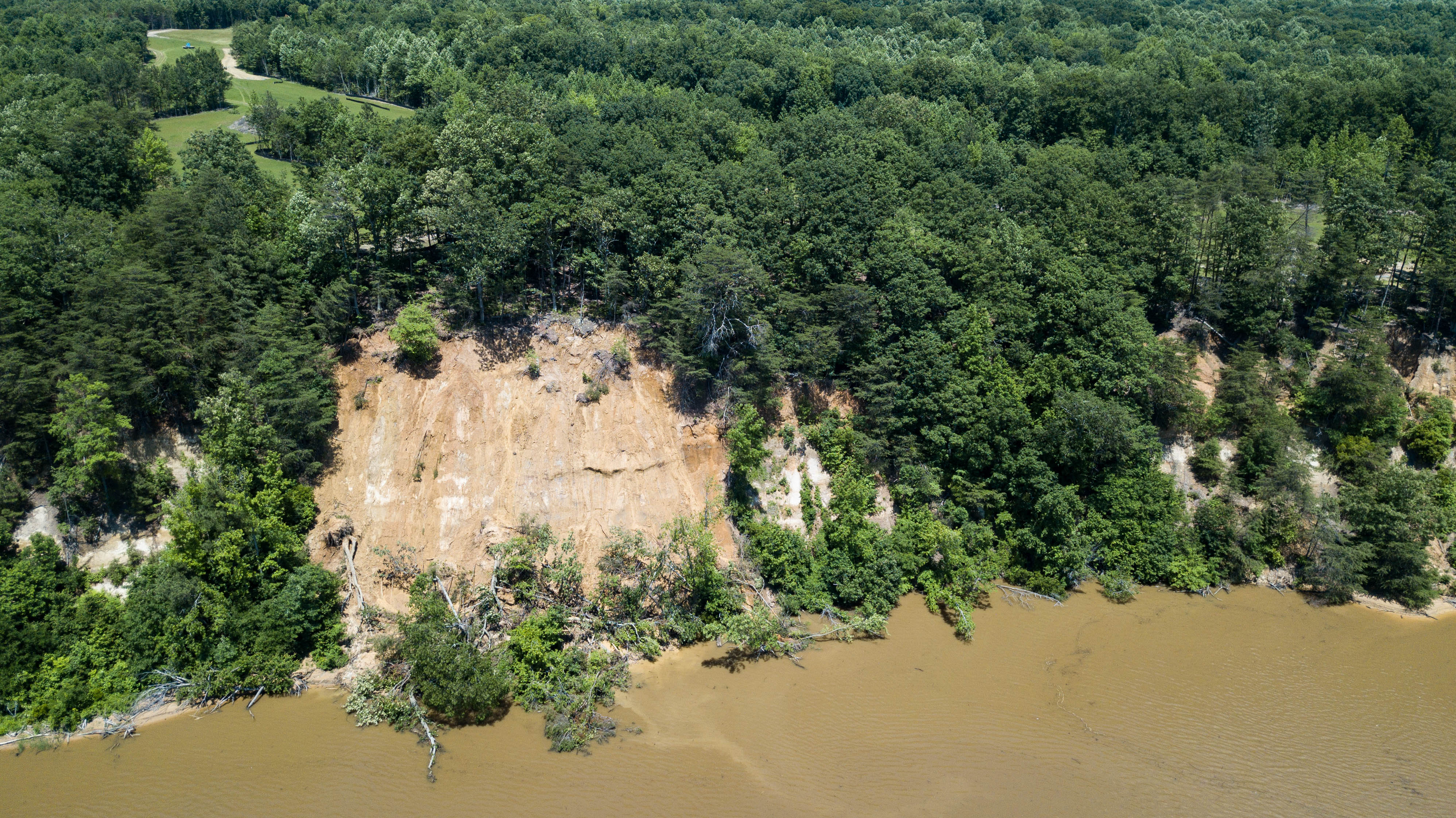 At the State Level

At a County Level

On Tuesday, May 22, Friends of the Rappahannock (FOR) was alerted by a local waterman of a landslide directly below 13-plus acres of land illegally disturbed by Virginia True, the developer of a project at Fones Cliffs in Richmond County, Va. Within 48 hours, FOR visited Fones Cliffs by plane and boat to survey the damage and determine the relationship of the extensive erosion to Virginia True’s failure to follow proper land disturbance regulations. 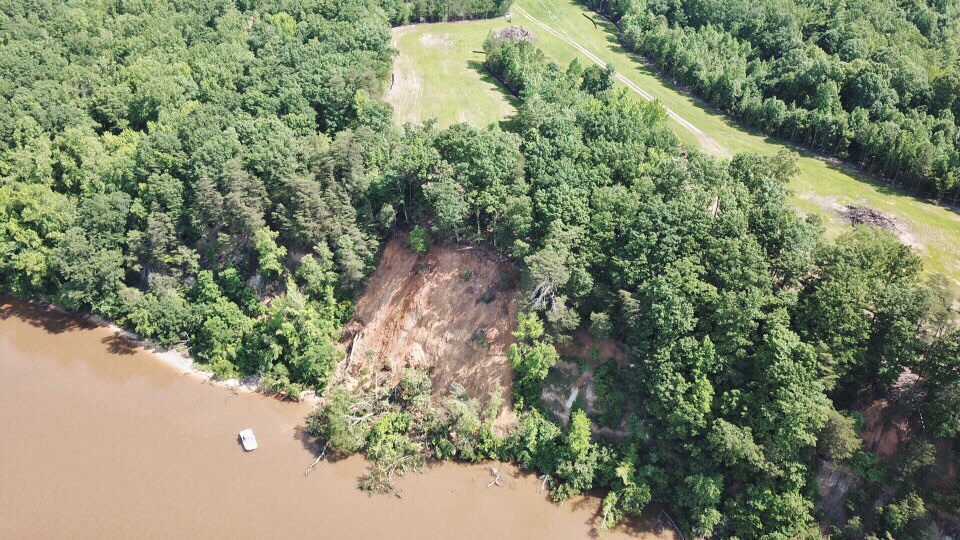 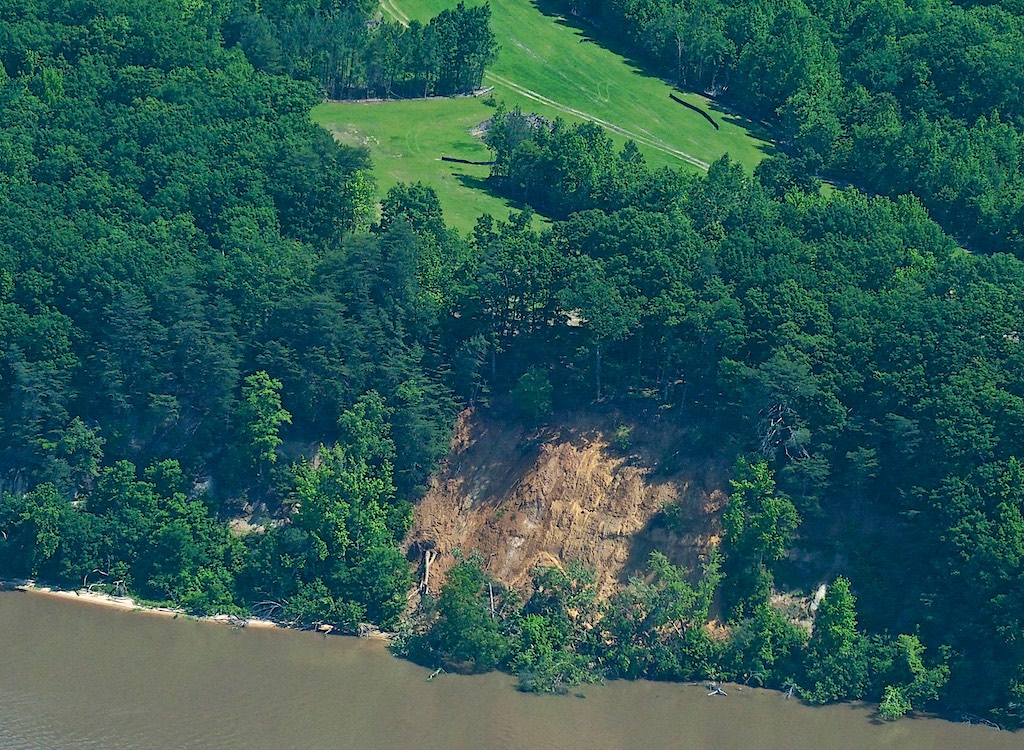 Photo by Robert MartinClose-up of Virginia True’s illegally cleared land that contributed to the landslide. 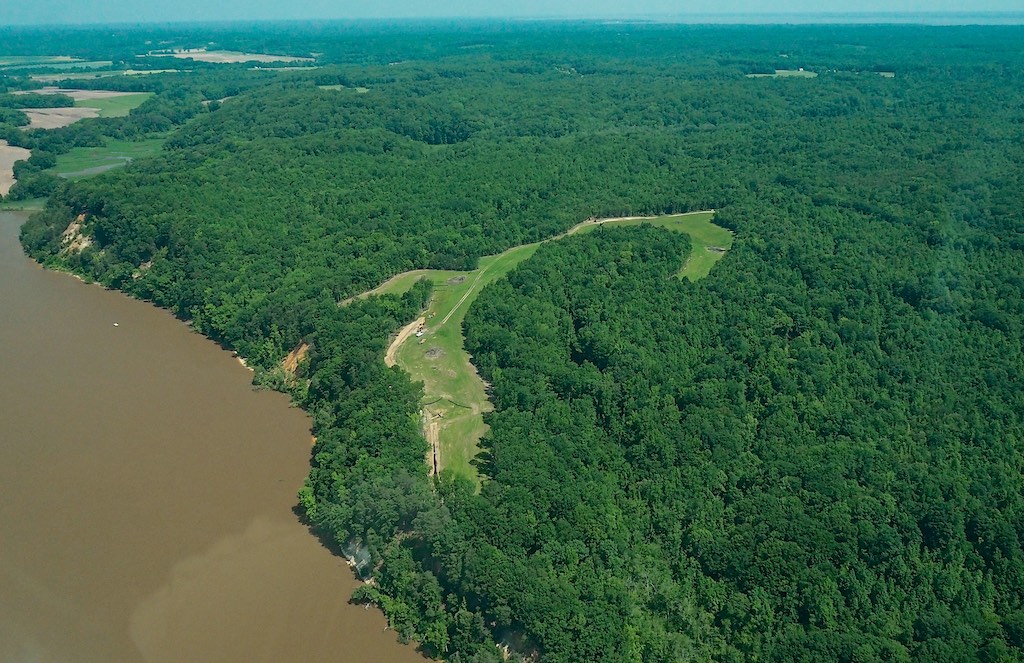 13-plus acres of illegally cleared land at the Virginia True development. Landslide can be seen at the left.

A team of River advocates led by Friends of the Rappahannock (FOR) took to the air and water Thursday, May 24, responding to reports of a massive landslide at Fones Cliffs, the environmentally-sensitive site of an ongoing 1,000-acre real estate development in Richmond County. Fones Cliffs is a four-mile stretch of historically-significant land, located a few miles upstream of Tappahannock. The cliffs rise more than 100 feet above the Rappahannock River, and are a known gathering site for bald eagles, making them of extreme concern to conservationists.

FOR staff members were joined by volunteers who provided an airplane and a drone to capture dramatic footage of the landslide. River Steward Richard Moncure captained FOR’s boat from his office at June Parker Marina to observe firsthand the damage at Fones Cliffs, and confirmed the location of the landslide is adjacent to the property cleared by Virginia True last fall. Virginia True is currently under a Stop Work order issued by Richmond County on Nov. 30, 2017. Two Notices of Violations have been issued by the Virginia Department Environmental Quality (DEQ) for illegally clearing the site without appropriate approvals and permits, as well as insufficient efforts to stabilize the site and install appropriate stormwater best management practices (BMPs).

Local waterman observed the landslide and notified Moncure early on the morning of Tuesday, May 22. Reports on Wednesday indicated the cliff was still not stable, and soil was still sloughing off and sliding down the slope.

Joining Moncure on the boat was Richmond County Erosion Compliance Officer Richard English, Jeff Howeth (the civil engineer for Virginia True), and videographer Harlow Chandler, an FOR volunteer. Chandler used a drone to document the condition of the cliff face, as well as the area behind the landslide, including 13-plus acres that was illegally cleared in October 2017.

While one team was on the river, another took to the skies. FOR Executive Director Kathleen Harrigan was in a small plane piloted by Chris Kucera, and joined by freelance photographer and FOR volunteer Robert Martin.

The images taken by Martin and Chandler show a landslide on a section of Fones Cliffs. Trees can be seen upside down at the bottom of the slope, with crowns in the water, trunks on the hillside, and roots in the air. Trees at the top of the cliff are still standing, but with half their root mat undercut and some roots dangling in the air.

Erosion is a natural process, but can be accelerated by other events and actions. It is no coincidence that the only landslide at Fones Cliffs occurred this week adjacent to the cleared site.

In November 2015, approximately 1,000 acres owned by Virginia True was rezoned to permit the development of residences, a lodge, a golf course, and other amenities. The rezoning approval was based on many assumptions and proffers, including Virginia True’s guarantee to comply with local and state requirements for environmental protection, including adherence to standard development practices. Virginia True also promised a rapid return to compliance if a problem was identified.

No proactive efforts to be compliant with local ordinances, state law or Virginia True’s own proffers, have been seen. Nor have there been rapid efforts to regain compliance. Land disturbance activities began in October, they became apparent from the river in mid-November, and the Stop Work order was issued by Richmond County Nov. 30.

Six-months later, the county Stop Work order is still in place, two state-issued Notices of Violation are not resolved, and the cliff is sloughing off into the river; depositing tons of sediment in the fishery below.

Compliance needs to happen now. Appropriate water quality protections need to be in place, and any future land-disturbing activities need to happen in accordance with applicable environmental regulations and zoning ordinances. These controls are needed to protect our natural resources and create a level playing field for all land development activities. There is no reason for Virginia True to be the exception to the rules so many others adhere to.

FOR and its members have had eyes on Fones Cliffs since the beginning of this development. We will continue to do so as the Voice and Active Force for a healthy and scenic Rappahannock River.

Here are three things you can do today for the sake of the river: