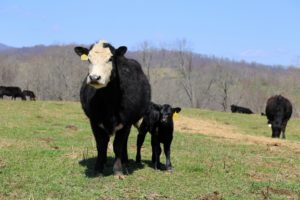 The final two months of this lame-duck Congress needs to focus on protecting our nation’s farms. Friends of the Rappahannock and countless partners are asking our legislators to get numerous pieces of legislation passed, including a new farm bill.

The Agriculture Improvement Act of 2018, more commonly known as the Farm Bill, is the largest source of private land and water conservation dollars provided by the federal government. This money incentivizes farmers to implement agriculture best management practices, such as forest buffers, on their land in the name of wildlife and clean water.

Unfortunately, the Farm Bill expired at the end of September, leaving farmers in limbo.

The House and the Senate have each passed their own version of a new Farm Bill, but attempts at finding a compromise have slowed. But the clock is ticking. The vote on a final bill needs to happen before the end of the year—or the process will have to begin all over again!

Farmers, along with future generations of Americans, are counting on Congress to pass a final Farm Bill that gives producers the tools the need to grow the food we eat while protecting waterways like the Rappahannock River. Farmers across Virginia want Congress to work together to get this done. 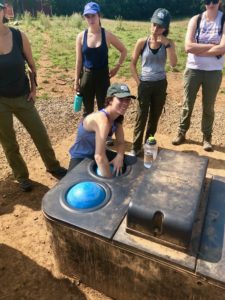 Ultimately, Virginia’s farmers need a plan with full funding for conservation programs, including improvements to programs like the Conservation Reserve Program and the Regional Conservation Partnership Program, which will improve water quality in the Chesapeake Bay. These conservation programs provide funding for our local farmers and waterman to put projects on the ground. They help install fencing, plant trees along rivers and streams, replenish oyster reefs, and much more.

The Rappahannock River and Chesapeake Bay both need a strong Farm Bill to protect their water quality, as well as to help our farms and economy. Over the past several years, Farm Bill funding designated for the Chesapeake Bay watershed has fallen from around $50 million to less than $13 million per year.

Both of Virginia’s senators and Congressmen Rob Wittman have supported important conservation measures in current drafts of the Farm Bill that would work to triple the amount of funding for the program, from $100 million to $300 million per year. This would provide a much needed influx of funding to the Chesapeake Bay watershed. Currently, the programs funded by the Farm Bill sit in limbo. Farmers wishing to enroll to protect habitat and water quality are unable to do so, and farmers currently enrolled face funding shortfalls. Farmers need legislation that will help them maintain their status as the greatest stewards of our lands and waters.

As the Farm Bill negotiators get back to work during this lame duck session, they should start by agreeing to a final bill that includes steady levels of funding for conservation programs.

Virginia’s farmers and the Chesapeake Bay will be thankful for it.