This year, sixth graders at Montross Middle School in Westmoreland County joined our crew of NOAA BWET participants and man did we have fun! The students scalped away the grass, graded the slope, built rock walls and planted native grasses and flowers to create their very own bioswale. 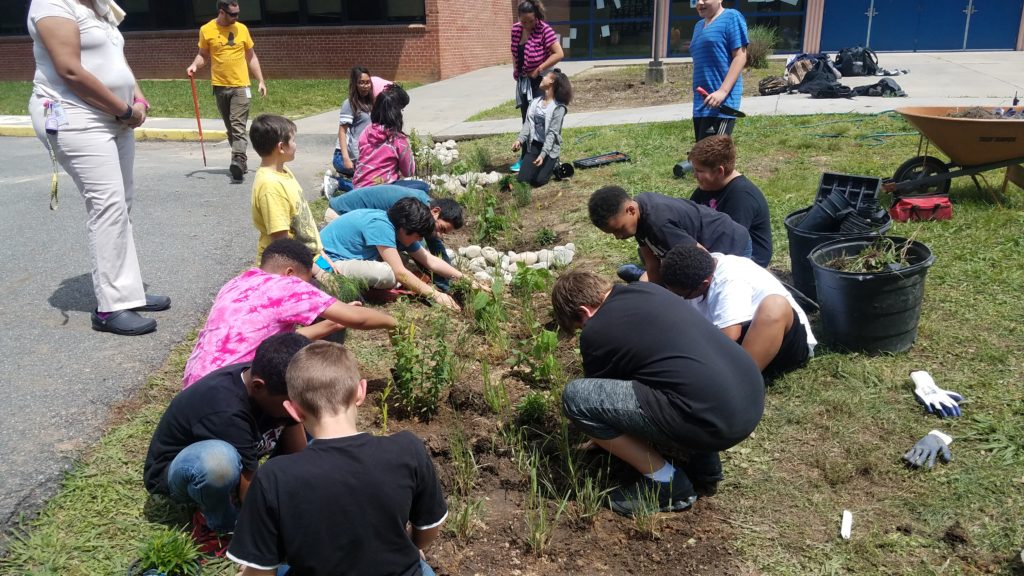 Planting native grasses and flowering bushes along the bioswale.

During the semester the students learned about water quality issues and how water is piped away from the school through storm drains. 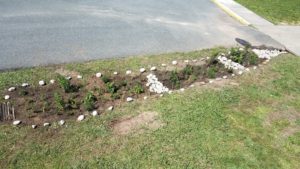 When they realized the impact on water quality, the students decided to try to slow the water down by soaking some of it up as it comes off of the bus loop in front of their school.

Prior to fixing the slope of the bioswale, the stormwater would puddle in front of the sidewalk and along the bus ramp and would not make its way to the overflow. This was a fantastic project and we can’t wait to see how it does! Thank you to Poplar Ridge Nursery and Colesville Nursery for the awesome plants!

After planting the bioswale, the students flooded it to see if their slope was accurate and if water would eventually drain to the overflow after being slowed down and with some of the water absorbed.