Over the last five years, discussion about hydraulic fracturing (“fracking”) has increased in Virginia and around the country. In 2017, this culminated with American Rivers listing the Rappahannock River as the 5th Most Endangered River in the Nation due to the potential impacts associated with fracking. As a result, many localities in the Northern Neck, Middle Peninsula, and throughout the Commonwealth have taken important steps to protect their drinking water, local streams, public health and the overall rural character of their communities from industrial oil and gas development. And at the state level we now have some improved standards for in-state fracking, including full disclosure of the chemicals pumped underground during drilling.

“Virginians in the eastern part of the state spoke up about the threat that fracking would pose to their drinking water, clean rivers, and communities.” Said Kristin Davis, senior attorney with Southern Environmental Law Center.

We are pleased to announce that the House of Delegates and Senate have finally passed a bill to protect the Rappahannock River from fracking! The original 84,000 acres are soon to be protected from this risky industrial activity. All we need now is for Governor Northam to sign the bill! For three years, the General Assembly has failed to pass meaningful legislation to prevent fracking from devastating our communities and natural resources. Senator Surovell and Senator Stuart saw this challenge and led the way for SB106 to pass both houses with bipartisan support in 2020!

The bill, SB106 introduced by Sen. Scott Surovell, will ban fracking  east of Interstate 95. This will protect the drinking-water sources for a wide swath of the state, including the Middle Peninsula and Northern Neck. The bill has passed the House and Senate with broad bipartisan support and is headed to Gov. Ralph Northam for his signature.

“This bill represents one of the most forward thinking and seminal protections of water quality for the Rappahannock River region”, said Bryan Hofmann, FOR Deputy Director. 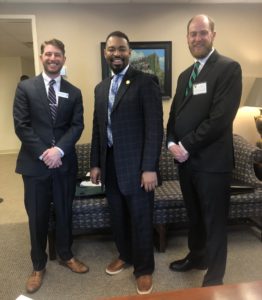 Peer-reviewed studies link fracking chemicals to a variety of health concerns including respiratory and neurological problems, several cancers, and endocrine disruption linked to cancers, infertility, and birth defects. It is critically important for first responders, localities, local residents and property owners with these drilling rigs on their land to know what is being pumped into their communities.

“This bill builds on critical improvements made to Virginia’s statewide oil and gas regulations a few years ago to help protect water quality. Change can happen when Virginians speak out.” Davis said.

“This has been a long campaign for clean water and healthy communities.” said Hofmann “We are grateful for the leadership of Senator’s Surovell and Stuart and for the long time support of all our partners.”

The America’s Most Endangered Rivers® report is one of the best-known and longest lived annual reports in the environmental movement. Every year, grassroots river conservationists team up with American Rivers to use the report to save their local rivers.

Rivers are selected on the following criteria:

The Rappahannock is not on this list because it is on of the nation’s “worst” or most polluted rivers, but because it is confronted by critical decisions that will impact its future. Learn more about the Endangered Rivers Report.

HOW YOU CAN HELP

If you live in Westmoreland, Essex, Caroline, or King and Queen County– appeal to your local government to establish local land use ordinances that provide long term protection of the Rappahannock River and Potomac Aquifer.

If you live in Virginia, appeal to the Virginia House of Delegates and Senate to uphold the Governor’s safeguards and make it known that we cannot tolerate attempts to weaken or remove existing regulations that protect clean drinking water from fracking.

Your Voice Does Matter. Join Friends of the Rappahannock and other concerned citizens by making your voice heard on the local and state government level. Help protect our river and water source for generations.

THE RAPPAHANNOCK UNDER THREAT

Fracking is a very real concern for the Rappahannock. There are currently 85,000 acres in five counties leased for oil and gas exploration and hydraulic fracturing (“fracking”) along the tidal Rappahannock and many of its tributaries. In the past four years, only one out of the five counties, King George, has passed a land use ordinance designed to protect its environment and natural resources, residents, local economy and infrastructure from the potential negative impacts of fracking.

Four pieces of legislation at the state level were introduced in the beginning of 2017, with the support of the natural gas industry, that would weaken the existing legislation that requires disclosure of fracking chemicals and water quality monitoring. Local partners were successful in defeating the legislation. In order to remove this threat, it is up to the local government to establish protections to guarantee the safety of their citizens’ drinking water, infrastructure, and local economies. 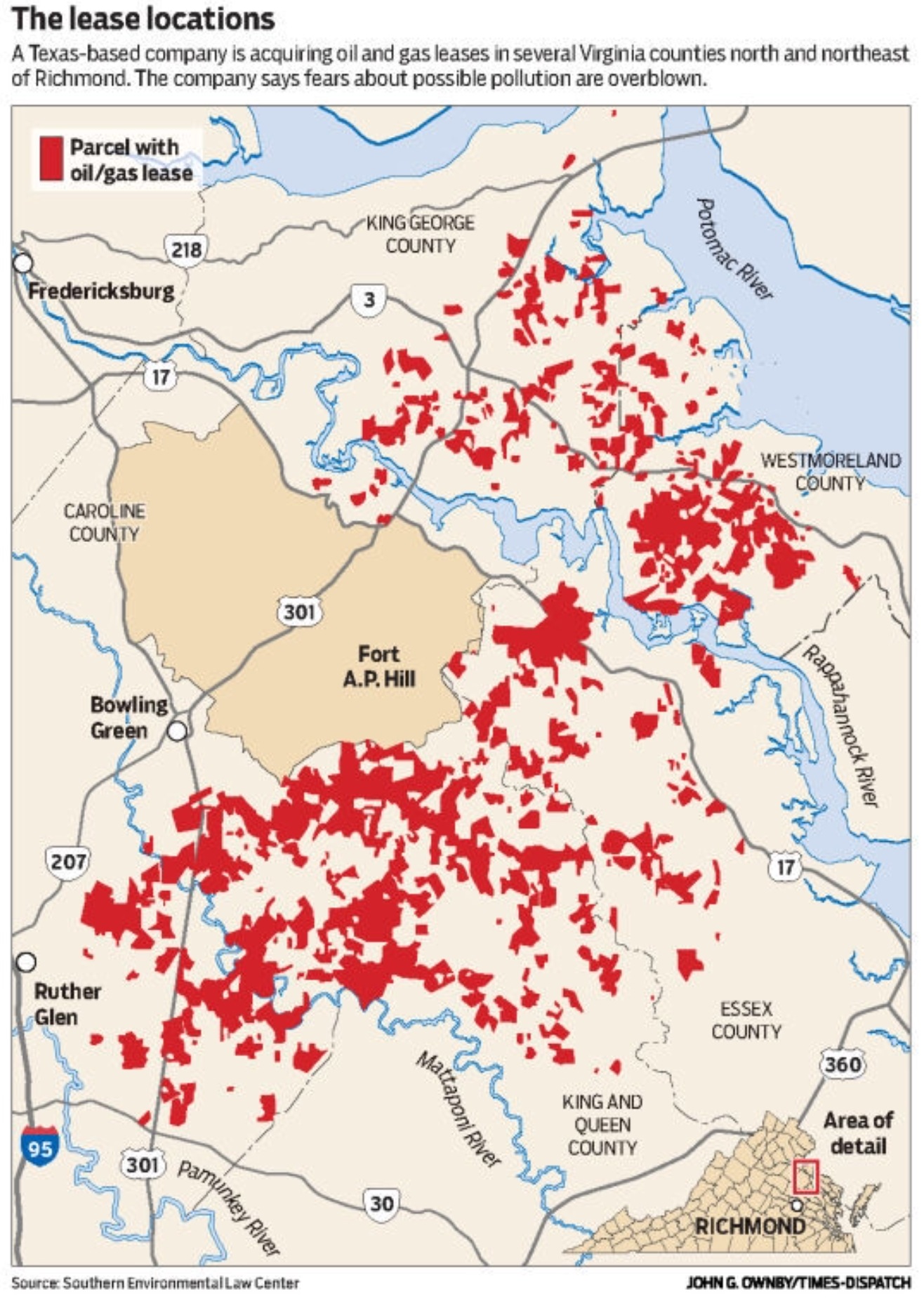 The Virginia General Assembly banned hydraulic fracturing, commonly called fracking, in the eastern part of the state. This legislation received extensive support and now protects the communities and natural resources of the lower Rappahannock River region from water...
Read More

Protecting Water, Health, and Communities from Fracking: OUR COMMON AGENDA

Virginians have always treasured and relied on our waters to provide fresh drinking water, support healthy ecosystems, and sustain our economy — from the productive, historic Chesapeake Bay; its mountain headwaters; and the Clinch and Powell Rivers (which...
Read More

Thursday November 9, 2017 marked a big win for the communities of Virginia's Northern Neck as Richmond County became the first municipality to ban fracking in the Rappahannock River Watershed. After several months of research and deliberations, the Richmond...
Read More

A special type of natural gas drilling called Horizontal Hydraulic Fracturing and better known as “fracking", is known to have a myriad of impacts on communities, infrastructure, and the natural environment. In 2013 gas companies began leasing land in the tidewater...
Read More

By Megan Gallagher Megan Gallagher lives in The Plains, Va., and is an advisor to the Shenandoah Valley Network of conservation groups. Friends of the Rappahannock and local partners co-sponsored two workshops recently for landowners considering leasing or who have...
Read More