Falcons Resurge Along the Rappahannock

On the brink of extinction in the 1960s, the peregrine falcon is now back and thriving in Virginia along the Rappahannock River.

These falcons have lived on the Norris Bridge between Topping and White Stone near the mouth of the river for years, and recently established a breeding territory on the Downing Bridge at
Tappahannock.

This past winter peregrines were also seen at the James Madison
Memorial Bridge in Port Royal, but they did not settle down to breed on the bridge.

According to the Williamsburg-based Center for Conservation
Biology (CCB), these birds were once endangered by the use of
pesticides like DDT in the mid-20th century. This led to difficulty producing healthy offspring, as the insecticide thinned the egg shells. The use of DDT was eventually banned, and organizations like the CCB began using a method of removing the offspring from
dangerous locations, translocating them to a safer environment in the wild, and monitoring their adjustment.

Through these efforts, the peregrine falcon population has been steadily growing. The species has been removed from the federal Endangered Species List, but is still considered a threatened species in Virginia. Today there are more than 20 breeding pairs statewide.

“We are excited about the new pair of falcons at the bridge in Tappahannock,” said Libby Mojica, research biologist with the CCB. “We’ve provided the falcons with a new nesting box to encourage a safer nest location. Mojica said the Virginia Department of Game and Inland Fisheries enforces a 600-foot buffer around peregrine nests to avoid
disturbing the falcons during the Feb. 15 to July 15 nesting period. Boaters might see the birds around the bridge, but should maintain the buffer distance when mooring.

By Kayleen Higgins, FOR Volunteer 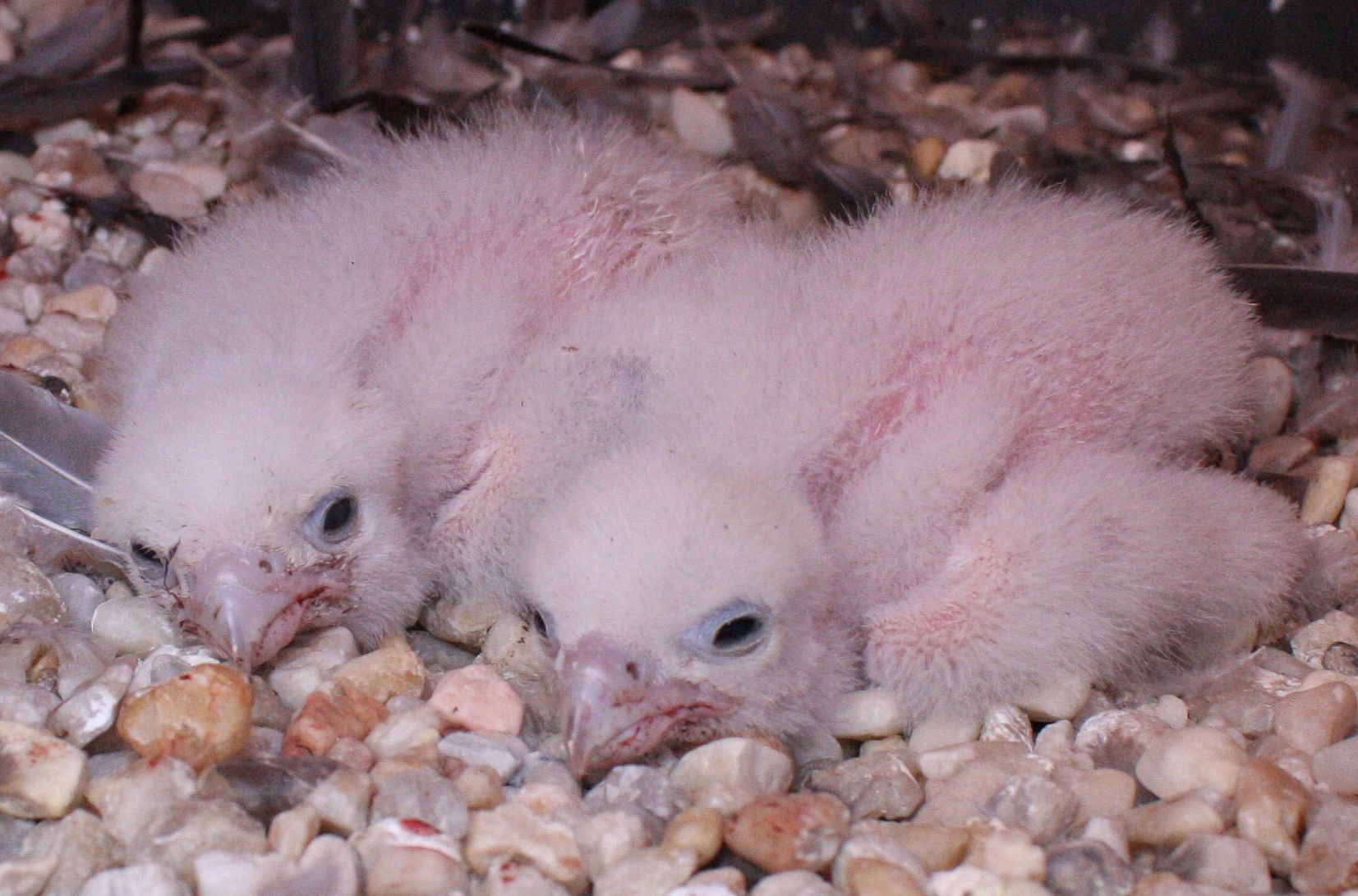